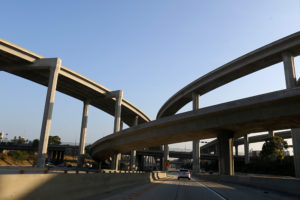 Reuters – President Joe Biden will sit down for one-on-one talks on Wednesday with Republican Senator Shelley Moore Capito aimed at a breakthrough on a bill to revitalize U.S. infrastructure — though the two disagree on what that word means.

Biden and Senate Republicans remain hundreds of billions of dollars apart in their proposals, largely because the Democratic president has a more sweeping definition of infrastructure that includes funding for schools and home health care in addition to roads, bridges and other physical assets.

The two parties have been inching closer together in recent weeks, most recently when lead Senate Republican negotiator Capito last week unveiled a $928 billion counteroffer https://www.reuters.com/business/autos-transportation/republicans-vs-biden-whats-their-infrastructure-plans-2021-04-22 to Biden’s $1.7 trillion proposal.

Today’s meeting, scheduled to take place at 2:45 p.m. ET (1845 GMT) in the White House Oval Office, comes as the Biden administration faces pressure from some of Biden’s fellow Democrats in Congress to move forward.

Senate Minority Leader Mitch McConnell, a Republican, said he had spoken to Capito on Wednesday ahead of the meeting and that she would be suggesting Biden embrace a Republican idea that some of the money Congress appropriated for COVID-19 relief should be repurposed for infrastructure.

Speaking in Shelbyville, Kentucky, McConnell said state and local officials nationwide would be overwhelmed by “massive” amounts of money from the latest COVID-19 aid bill, passed earlier this year without Republican votes. Some of this money could be used “to plug the gap between what the gas tax raises, and what we would like to do on infrastructure,” he said.

“I think that’s the key to getting a bipartisan agreement,” McConnell said. “I hope we can get there.”

Biden’s Democrats hold narrow margins of control in both houses of Congress and could try to pass a measure without Republican support through a process called reconciliation that circumvents Senate rules that require 60 votes to pass most legislation. Even that approach is uncertain, though, as at least two Senate Democrats have raised concerns about the maneuver.

Transportation Secretary Pete Buttigieg has indicated time is running out for negotiating a bipartisan deal.

Aside from the overall cost and scope of the plans, the White House and Senate Republicans remain far apart on how to finance infrastructure projects.

The White House wants to pay for infrastructure projects by hiking taxes on corporations and wealthy individuals, which the Republicans say is a red line for them. Meanwhile, Republicans have proposed user fees, which the Biden administration has rejected.

The White House hopes to conclude bipartisan talks in the next week or so, according to a person familiar with the negotiations.

Prev post Coping with Small Business Office Changes
Next post Jeff Bezos and Elon Musk Are the Richest Men in the World. Why They're Feuding Over a $3 Billion NASA Contract